The Education Quality Accreditation Commission believes that the best way to achieve education quality does not rely exclusively on the diploma earned or in the accreditation that the school achieved.

The quality of your education mostly relies on a continuos search of personal excellence. Learning does not come to the end the day we receive a diploma. It is a life-long, enriching process.

Excellence is not a destination we reach, but is an unending process of constant improvement. What better way to live than by growing better each day? Those who pursue excellence aren’t in direct competition with others, for they measure themselves against their own accomplishments. The real contest is always between what you’ve done and what you’re capable of doing. You measure yourself against yourself and nobody else.

We can all benefit from aspiring to excellence. Excellence is deliberate, not an accident that we stumble upon. It is about asking of ourselves more than others do; it is about harboring thoughts of excellence in our breast. As long as we aim for a more ideal self, success will naturally follow. And the good news is excellence is within the grasp of all, for it is merely about doing our best at every moment. It is not about perfection, which is an unattainable goal, but about becoming what we are capable of being. Those who stand by the sidelines and watch others succeed, know what is necessary, but are unwilling to devote the time and effort to bettering themselves. So, each of us have to make a decision. Do we wish to become another statistic by merging with the mediocre majority or do we wish to make a difference by embracing excellence?

Some people rationalize by telling themselves that they will strive for excellence later, when they have a better job. They try to conceal from themselves the fact that better jobs come after attaining excellence, not the other way around. "Why should I do my best now," they argue, "when all I’m doing is flipping burgers, cleaning toilets, or waiting on others?" Perhaps they don’t realize there are no dead-end jobs, only deadbeats; there are no menial jobs, only menial attitudes. For as Martin Luther King said, "If a man is called to be a streetsweeper, he should sweep streets even as Michelangelo painted, or Beethoven composed music, or Shakespeare wrote poetry. He should sweep streets so well that all the hosts of heaven and earth will pause to say, here lived a great streetsweeper who did his job well."

Do you qualify to earn a Doctor of Excellence?

The Education Quality Accreditation Commission wants to reward those people who demonstrate a continuos strive for personal excellence. These people become not only an example of self-success, but they turn into walking motivation examples for their family, friends, fellow workers, and many others. For those people who follow a path of excellence, the EQAC has devoted the nomination of Doctor of Excellence Honoris Causa. See more...

Check if your life may be an example of Excellence.
You might qualify to earn this award! 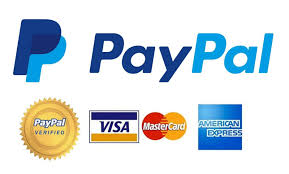 Accreditation
A seal of quality

Doctor of Excellence
You deserve it!!!